Being able to communicate our thoughts, opinions, and wishes has always been important for our survival. Just imagine our cave-dwelling great-grand-ancestors not being able to precisely convey that they really, really do not want to join in on that hunt because their leg is hurting. Next thing they know, they’re running away from a tiger – and not very successfully!

Although most of us don’t need to run from tigers anymore, the skill of clear communication is more important than ever. Thanks to our new technologies, we can now communicate with virtually any person from any place on Earth, and many people do just this on a regular basis, especially if they work for a large corporation.  Indeed,  for some people communication itself is the main goal – successful talk-show hosts and writers have mastered this skill to such a degree that simply communicating has become their primary job.

Knowing how to present ourselves in a good light and understand the other party well enough to persuade them to help us achieve something is an incredibly important skill to develop. In this article, we’ll take a look at some of the benefits of effective communication and offer some ideas on how to hone that skill.

Have you ever been in a situation where your boss or your professor is explaining to you how to do something, but you just can’t seem to understand them? So maybe after asking them to explain it one more time and still not understanding it, you tell yourself, “It’s fine, I’ll do it by myself”, and you end up making a mistake. Or maybe you were too shy to even ask them to explain it to you in the first place!

Either way, the primary cause for your mistake would be the fact that both parties failed to communicate effectively. To begin with, your boss/professor didn’t communicate their expectations in a way you could understand. They are probably speaking from the perspective of somebody who has been doing that task for quite some time, so it’s easy for them to forget the mistakes they were making in the beginning or the challenges they faced then.  Now that they’re more knowledgeable, they simply assume it must be as easy for you to do as it is for them. In other words, they are communicating from their perspective only, without taking your perspective and your context into consideration.

Secondly, your fear of communicating your lack of understanding is what might cause you to make a mistake. Not asking for an explanation is something that usually happens when you assume that the person you’re talking to will be annoyed and bored by your questions. But instead, you could have asked them a clarifying question. For example, saying: “Okay, so let me just see if I understood you correctly so I am 100% sure I’ll do it properly” and then repeating the task the way you understood it saves you from asking a million tiny questions. Instead, you just ask one, and if your boss sees a fault in what you said, they’ll let you know.

So in both cases, assumptions of how much someone knows and how they feel about certain things can lead to mistakes. And though it’s sometimes hard to get over that voice in your head that says, “Stop bothering them or they’ll think you’re stupid and unable to do this!”, it’s something we all must work on if we are to be effective communicators and avoid mistakes.

Imagine your next hypothetical situation. Your colleague or classmate is celebrating their birthday this Friday and they bring muffins for everyone – but you. What’s up with that?! You might naturally think that they don’t like you and don’t want to hang out with you without really checking that hypothesis with them. So the next time they need help from you, you might turn away and ignore them, causing them to not finish their assignment and to feel really bad.

But what if the reason you didn’t get a muffin was because the muffins their mom made for them were all made with peanuts, and they only remembered about your allergies after they started sharing them around? They had been trying to protect you this entire time, and here you were thinking that they hated you!

In that scenario, both of you were lacking proper communication skills. On one hand, they should have apologized to you for forgetting all about your allergies, while you should have asked them if there was something wrong in your relationship the moment you noticed something wasn’t adding up.

If we are looking at this from their perspective, they should have said something like: “I’m very sorry that I don’t have a muffin for you, I completely forgot about your allergies. How about we go grab a coffee later so I can properly apologize?” You could also have helped solve this situation by simply asking them: “Hey, I noticed everyone got a muffin but me, and I’m feeling really left out. Could you tell me why I didn’t get one?” Any of these two explanations would have prevented a further misunderstanding.

Just imagine if a pilot and air traffic control were communicating in such an inefficient and petty way – it wouldn’t be fun, would it?

Now now, I’m not trying to teach you how to manipulate the people around you in order to always have things your way. By “persuasion”, I primarily mean marketing skills – and, well, if they also teach you how to convince your friend to help you with your math, that’s not so bad now, is it?

What do you think all great companies have in common? Sure, the most important thing is that they all have something that a lot of people want and can use. But that in itself isn’t enough. If they didn’t have a good, persuasive marketing team, no one would even have heard of them. In this day and age, when new apps, technologies, and inventions are being created every day, having the ability to communicate about your product in an innovative way is what will separate you and your company from the rest of the pack.

And not only that, but in order to sell yourself (not in an illegal way, more like – sell your worth to a university you want to go to or sell your abilities and character to your potential employer) you need to know how to communicate about your strengths and weaknesses in the right way.

After reading the first part of the article, you’re probably already aware of the main benefit good communication can give you in your personal life – better and more honest relationships. There are thousands of articles online about the relationships between parents and teenagers and what both sides can do to make them better. But what if I told you that just by changing the way you communicate with each other, you can fix 90% of that relationship?

Instead of snooping around their teenager’s room, parents should be more open and honest about their fears and feelings. Simply saying things like, “I feel sad that you don’t spend as much time at home” or “I’ve been noticing some changes in your behavior and I’m very worried that something may be bothering you” is a hundred times better for a relationship than looking for some sort of proof for your hypothesis. If parents raise their children this way, if they’re not ashamed to tell them they are sad or hurt by something, then they’ll be good role models for their children to do the same once they start having problems.

Tips on Being a Better Communicator

Communication is far more than just what you say, it’s also how you act. Non-verbal signals such as facial expressions or body movements can at times tell us more about what someone really feels than any words they might be saying. If your parents are nagging you about that C you received and you keep saying how you feel sorry about it, all the while rolling your eyes with your arms crossed, they probably won’t be inclined to believe you.

What you communicate with your words and your body language needs to be in sync in order for your message to get through. And not only that, you need to take into consideration your previous communication with someone.  For example, if you’re prone to sarcasm, no matter how seriously you are now speaking to them, they might be nodding their heads suspiciously. Instead of simply saying what you want to say and getting angry when they don’t believe you, it’s a good idea to remember your previous interactions and maybe predict their reaction. This is especially important if something big is at stake – say, you want to ask your professor for extra credit, but they don’t really think much of you after you’ve been late for 70% of their classes. Taking their perspective and feelings into consideration is a great first step to start communicating better.

You could start by saying, “Look, I know I’m always being sarcastic, but I really need your help with this now”, or “Professor, I’m sorry for always being late. It was really irresponsible of me, but in order to get into the university I really want, I’ll  need some extra credit from your class. Is there anything I can do to make that happen?”

Communication is an amazing ability. We can communicate through words, hands, drawings, even eyes. And yet, we so often tend to repeat the same behavior. If a wife is angry with her husband, she’ll keep yelling at him and he’ll keep withdrawing. Even though they can both see it’s not getting them anywhere, it’s easier to fall into their usual pattern of communication rather than to try and change it.

But if we dare change that script, it will make our lives not only easier, but more beautiful and fulfilled as well. So start today! If you’ve had a fight with someone recently, or if you keep having fights about the same thing, think about which part of your communication is falling short. Take their point of view into consideration and try to alter your communication style. After all, there are infinite ways of doing that.

Search among our Coaches and choose the one who will understand your
struggles and help you become a great communicator. 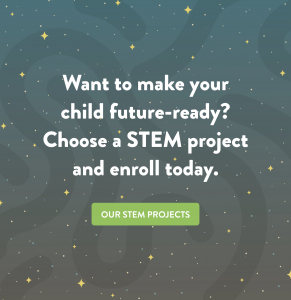 6 Ways Your Child Can Benefit From Classroom Diversity

4 Tips to Help Your Child Adjust to Their New School
Scroll to top
X
EXPLORE YOUR PASSION. PICK YOUR STEAM PROJECT.

Our site uses cookies to ensure you get the best experience while browsing it. By continuing to use our site you are agreeing to our Cookies Policy.