We had such a great response from our first article on team-building activities for teens that we’re back with more ideas!

Team-building activities are fun and easy ways to help teenagers (and adults too!) learn and practice how to communicate their thoughts and ideas, develop relationships, and build teamwork and trust. These activities can be invaluable because being able to work effectively on a team is an imperative for the 21st-century workplace. Here’s a list of four team-building activities to help teenagers develop their social skills, teach them the importance of teamwork, and provide an opportunity to share their points of view.

In this activity, small groups (around 4 members) have a time limit (e.g. 1 hour) to take photographs of various objects or situations. In order to play, each group needs to have at least one camera or a smartphone and a checklist of the items they need to photograph. This activity can be organized as a competition between groups where each item is worth a certain amount of points, with bonus points given for creativity and originality. It’s important to make the checklist as fun as possible and include both easy and challenging tasks. These could include various landmarks in the neighborhood, animals, a group reflection in the water, unusual food, something frozen, a picture where you look like you’re flying, etc. If you want to encourage creativity, you could use nonspecific tasks – take a picture of “something green” – “something you love” – “something that begins with the letter Z” or “something funny”  to give groups more freedom to express themselves. Many people have shared their own lists online, so you could use those as inspiration to create your own tasks.

This activity works best when members of each group stay together. If you want to practice teamwork, cooperation, and decision-making, you might decide to allow team members to split the tasks among themselves or reduce the time limit to make things more challenging. However, the activity could then become stressful and less fun. The “stay-together rule” is the preferred way to go, because as the group works on the activity together rather than having participants wander around alone, cohesion develops and social skills are enhanced. When the time is up, every group presents their pictures and the winner is chosen (the group with the highest score).

This activity can be helpful for adolescents because they get a chance to hear different opinions about a specific personal problem or a fear they may have. Acquired information can be very valuable because teens often feel ashamed or scared to seek help from their peers. In addition, by participating in this activity, group members realize that everyone has similar fears and this promotes unity and trust.

Before starting this activity, the group moderator should make sure to set an appropriate caring and serious tone. Introduce the topic of fear, explaining that everyone experiences some worries or fears about all sorts of things, and that a good way to fight those fears is to acknowledge them openly.

After this, each person writes down their personal fears privately on a sheet of paper, which they then put in a hat. In order to make it easier for the teens to formulate their fears, you can use unfinished sentences like – “I am most afraid that…” or “The worst thing that could happen to me would be…”

When all the fears have been placed in the hat, each person in turn takes one out. (This is not done simultaneously because group members might focus only on the fear they pulled out of the hat.) After reading the contents, the first reader describes his own understanding of the writer’s fear. If the reader does not elaborate enough, the group moderator should ask one or two questions without expressing an opinion on the topic, unless the reader misunderstands what has been written.

Depending on the group size, the moderator can initiate a discussion with the rest of the group right after the first reader explains their understanding of the fear (whether they agree with the reader or not, what is their opinion, and have they experienced something similar), or after everyone has had a chance to be a reader. The moderator should facilitate intra-group communication, keeping in mind that the purposes of this activity are fear reduction and showing empathy and understanding.

Setting up this activity is simple. A large jigsaw puzzle is divided and the same number of pieces given to each group. Make sure to divide the puzzle in a way that every group can fully assemble their own part of the whole. The moderator should introduce this activity in the following way – “The aim of this exercise is for each team to assemble the jigsaw puzzle as quickly as possible using the pieces provided. You will receive no additional instructions.”  This way, groups will think that they’re competing against each other before realizing that the only way to complete the entire puzzle is by working together.

This is a great activity for kids and younger adolescents where they learn that a competitive spirit can put cooperation and teamwork at risk. After the puzzle is completed, the moderator can lead a discussion around the fact that most jobs in the modern world require cooperation and teamwork, or more broadly, that humans in a society must work together to survive and advance. Another thing that should be discussed is the strategy each group employed during the assembling of their own section – were there any leaders, did everyone work separately, did they split tasks (e.g. sort the blue pieces, find the edge pieces), and how did all these things affect their efficiency and satisfaction with the activity.

To begin this activity you need to divide the group into two teams. Then, have each team form a line so that each person is facing someone on the opposite team. Give the teams some time (e.g. 15 seconds) to memorize as much as possible about the other team’s appearance. After that, have one team turn their backs or exit the room so that the opposing team has enough time to change appearance. Each person should change a fixed number of things about their appearance. Any change is allowed, the only rule being that the changes must be visible. When the second team returns (or turns around), they need to find as many differences as they can. Once this is done, teams swap roles.

There are at least two ways to determine the winning team. One way is to determine a time limit – the winner is the team which found more differences during the limited time period. Another way is to remove the time limit and see which team notices all the differences faster. If a team cannot notice some changes, you can add time (for example 20 seconds) onto their total time for each change they could not find.

This activity is great for improving focus and memory, but it requires teamwork and communication, too. The team of observers can form a strategy (this should be explicitly suggested to groups after playing a round or two) where every person tries to remember as much information about the person right in front of them and one or two persons next to that person. Team members in the “observed” team should work together to make the changes in appearance hard to notice for the other team.

Teamwork is one of the key values here at Nobel Coaching. So we’ve created Nobel Explorers – an online global STEM camp – where you can code, build, or create a project with real-world value. 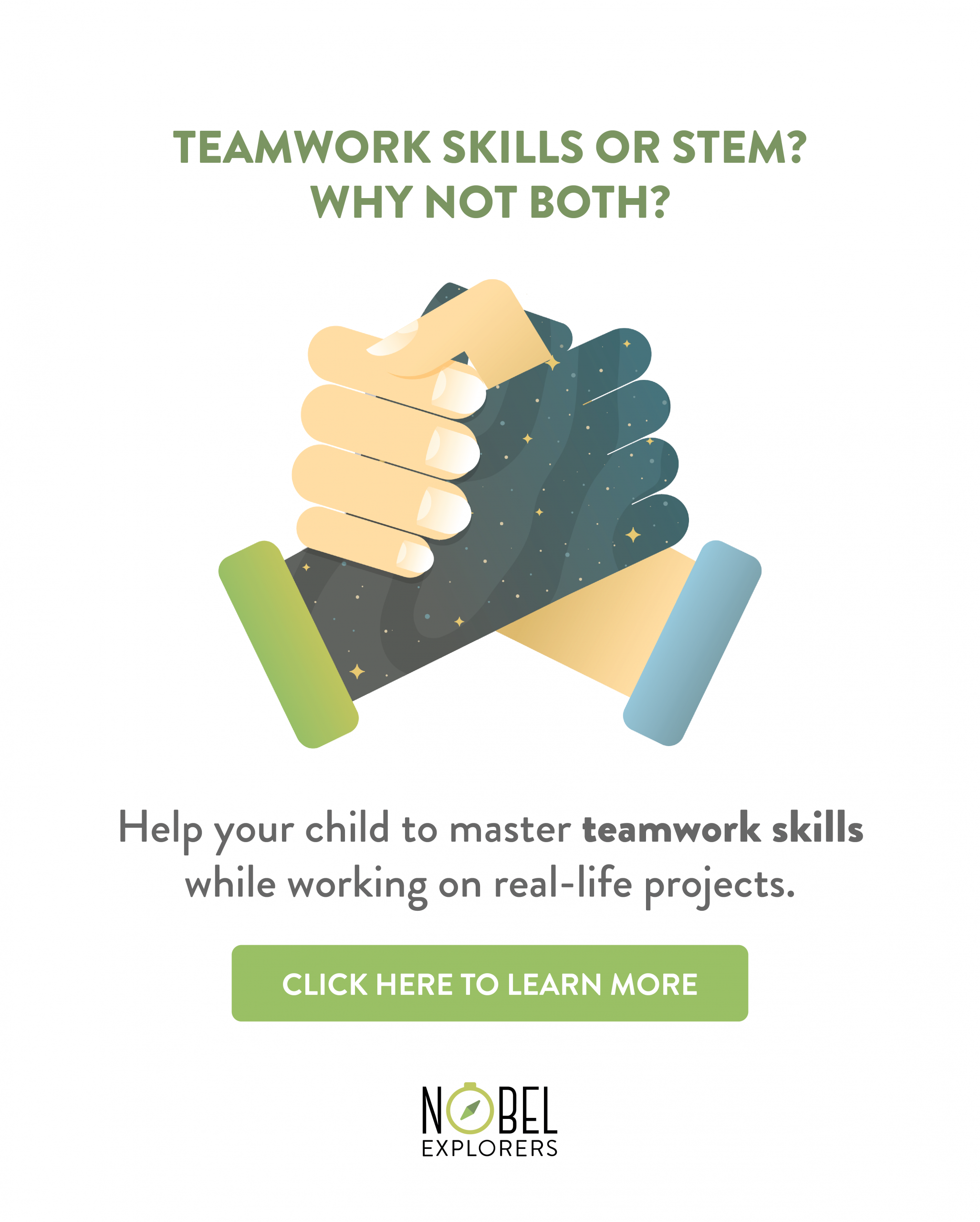 The Effects of Sleep on Performance

Cultivating a Sense of Gratitude
Scroll to top

Our site uses cookies to ensure you get the best experience while browsing it. By continuing to use our site you are agreeing to our Cookies Policy.